We are so proud of our kids! The Lord has entrusted us with four incredible kids who love and want to serve Him. Find out about who they are. 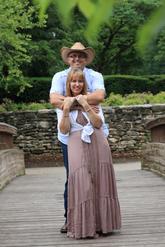 We want to hear from you! Feel free to email or call us any time. You can also sign up to receive our regular updates automatically.

We know what you're thinking, "So the Lord has called you to Madagascar; what are you going to do there?" We would love to share the vision the Lord has placed on our hearts.

In November 2013, the Lord began stirring in the hearts of Phil and Vala to return to missions work, and specifically to Africa. As they began to pray about where they should serve, the Lord impressed upon them that His desire was for them to serve where there is not a large missionary presence.
As they began to study and dig into the missions work on the African continent, they discovered that Madagascar has very few missionaries working there. Madagascar is the fourth largest island in the world, it’s about the size of Texas, and it is home to over 22 million people. The scientific community of the world pours millions of dollars into studying the plant and wildlife on the island while the people have been all but forgotten.
But they have not been forgotten by God! He has given a call for people who will take the message of Life to the Malagasy people, and the Long family have answered that call. They are willing to go where God leads and tell the people of Madagascar that there is one source of Life! It cannot be found in worshiping their ancestors or in the Baobab tree; the only true source of Life is Jesus Christ!